The TImes They Are A Changin’

We are witnessing the beginnings of a paradigm shift in gender relations that has the potential to be culturally transformative and liberating.  Unfortunately, freedom and safety come at a price, and the price we pay, as illustrated by the current challenges to sexual misbehavior, is a painful one – long overdue yet promising rewards beyond what we can imagine.  The painful price we pay is the necessity to give up our polarized thinking towards sex and gender to embrace a cultural opening and the transformation of one of the fundamental organizing principles of our society, the sex-gender system.

The concept of a sex-gender system comes from Gayle Rubin who, in an article written in 1971 entitled “The Traffic in Women,” attempted to explain the origins and perseverance of the oppression of women.  Rubin coined the phrase “sex-gender system” as a neutral description for understanding the aspects of our social organization that could not be explained by economics.   She argued that all societies have a culturally defined way of organizing sex and gender.  In this context, “sex” refers to the biological assignment of male or female by the identification of genitalia, and “gender” refers to the characteristics society attributes to men and women.  The emergence of a greater number of people who identify as transgendered is an indication that the male/female distinction is not as clear as it once was.

The sex-gender system plays a significant role in maintaining a primary form of social structure.  For most of us, it makes the experience of ourselves as gendered people seem “natural” and egosyntonic, and it can be quite challenging to imagine the possibilities for a “normal” gender diversity beyond the male-female dualism.  For transgendered persons, the taken-for-grantedness of identity as a gendered person is not so simple.

Gender-based power and status entitlements are dependent on this dualism, and changes in this system dramatically affect our core identities as people and as a society.  These entitlements and underlying shifts in the system begin to raise questions about how to define “man” or “woman,” the structure of the family and the definition of the roles within it, who gets access to education and what jobs are available after they graduate, how much they get paid, and the accessible opportunity structures. Both privileges and restrictions are defined by this system.

Imagine for a moment what it would be like to be a different gender.  Imagine both the benefits and costs of inhabiting that new skin.  Can you begin to imagine how the enforced sexual duality affects both men and women?  If you are a man and are imagining being a woman, can you get in touch with what impact that would have on your experience of daily life?  Do you notice any twinge of discomfort or fear that arises?  It that fear that is an essential element that maintains the dichotomous system.

Unwanted sexualized looks and touches are ubiquitous in our culture.  Every woman I know can share a story of being the object of such intrusive and threatening experiences.  The duality of men’s entitlement and women’s disenfranchisement permeates our experience as taken-for-granted cultural expressions.  These cultural forms contribute to the underlying conditions formulating meaning, similar to the way characterological schemas or attachment strategies organize our experience, yet are largely inaccessible to us.  To use a political term, they are ideological formations that permeate our environment, not unlike the water in which the fish swim.

Nearly every day we awake to new allegations of sexual assault by people who hold positions of power.  These public announcements have a profound dualistic effect:  on one hand they encourage us to break silence and speak out about abusive experiences, while on the other, they trigger many who have been the target of such abuse.  This tension stimulates a cycle of disclosure and anger that fuels further disclosure and more anger.  But this anger is a healthy aggression that speaks from the very core of our being human to say once again that we demand the basic right to be emotionally and physically safe.

Why now?  What are the conditions giving rise to these tensions?  What cultural forms are changing?  How does this affect us personally and how we can support our clients?

In the past, several factors have contributed to why people have been reluctant to speak out about sexual harassment, assault and abuse.  First, there is the belief (quite often true) that their complaint will not be taken seriously, that they will become vulnerable to retaliation, and that speaking out will compromise their sense of safety and survivability.  Second, there is a general absence of clear formal structures to protect the victim from retaliation and the perpetrator from false or exaggerated claims.  Third, the shame, guilt and fear associated with such abuse has supported isolation and aloneness and the use of non-disclosure agreements (NDAs) as a contractual requirement for settlements.

Developments in electronic communication over the past twenty-five years have begun to erode these obstacles.  With email, the internet and now the preponderance of social media, our capacity to communicate, both publically and privately has been significantly enhanced.  This development in technology plays a most profound role in our culture, both readily connecting us with others and mediating that connection through our various electronic devices.  Additionally, millennials who have grown up with these communication pathways atop the benefits gained from the social movements of the past have adopted a different sensibility and are less predisposed to the shame and isolation of previous generations.

We also witness recent shifts in the attitudes toward gender minorities as expressed by legalization of gay marriage, the presentation of transgendered TV characters and positive gay role models in TV series, and the integration of positive gender narratives in mainstream male-oriented television such as Law and Order and Billions.  This shift over the past few years is indicated by two things:  First, major corporations are usually only motivated to integrate such social change on the basis of financial gain.  Second, there must be a sufficiently large identifiable population that can be targeted to attract advertisers.

Along with these attitudinal shifts we have seen a change in orientation of the mainstream media outlets to take a more positive investigative stance towards accusations of sexual misbehavior.  This shift in openness is supported by the proliferation of the new wave of reputable internet media such a BuzzFeed, Politico, Factcheck, AlterNet, and Daily Kos, to name just a few.

Strangely enough, Donald Trump is very likely the catalyst for this new wave of speaking out.  The now infamous Access Hollywood video in which Mr. Trump boasts that his unwanted sexual contact is endured due to his celebrity and position of power has fertilized the roots of discontent.  While many of us were outraged on hearing the flagrant admission of intentional sexual misconduct, the emergent healthy aggression has had the positive side effect of creating space between the dominant sense institutional betrayal (with its incumbent undermining of safety) and the desire to speak out for personal and social justice.  Like a last straw, the experience of healthy aggression in a more supportive context leads women and men to reconsider telling their stories, confront their perpetrator and venture onto a new path to heal.  The willingness to speak out is another indication of the underlying shift in the culture.

Beneath this surface is the invitation to be mindful of a deeper and more profound aspect of change at the very fiber of our social organization.  Gendered relations must be understood, not as natural but as socially constructed and culturally defined.

Our historical and cultural context perpetuates the objectification and entrapment of women as objects of men’s desire.  Both men and women are socialized into this culture and both contribute to its reproduction, albeit not equally, and with fundamentally different power dynamics.  These cultural conditions form the backdrop for a range of bad behavior – from the corporate collusion that allowed sociopaths like Harvey Weinstein to assault many women for decades without consequence to cases like Louis CK who exhibits addict-like abusive behavior to people like Senator Al Franken whose misbehavior may be of quite a different nature.  Each of these cases involves a different level of assault or misbehavior and it is incumbent on us as clinicians to be considerate in our response.

With the press covering an increasing number of incidents and more women (and men) coming forward to tell their stories, many of our clients are becoming increasingly distressed as old wounds are reopened and traumatic experiences resurface.

This is where the challenges become quite complex.

What is our internal response when people we admire fall from grace?  Sarah Silverman addressed this brilliantly in the case of her dear friend Louis CK when she shared her dilemma of loving a friend and being disgusted by his behavior.  She suggests that this cleansing will be a painful yet necessary and ultimately positive step forward for us all.

In psychological terms, how do we negotiate the cognitive dissonance to proceed without splitting, that is, without discarding either the perpetrator or the victim?  My colleague, Debra Borys, Ph.D., makes the point that this splitting is key to some of the organizational denial and failure to act on victims’ complaints.

How do we support our clients to navigate the same dilemma?  When we hear our clients describe misbehaviors that do not involve force or coercion but have a misattuned yet inappropriate quality how do we manage the complexities of observer-dependent relational dynamics in our assessment of the boundary violation?  What do we need to clarify within ourselves in order to support our clients in their decision about whether to come forward to share their stories and confront their abusers?

And then there is our response to those accused.  Do we have a considered range of response that is appropriate for the behavior?  How do we disentangle the cases where the male perpetrators are themselves adults molested as children yet they are acting out their own trauma through domination and perpetration?  In some cases, education and consciousness raising may be sufficient, while others might require long-term incarceration.  How do we understand the distortion of male sexuality as it manifests in arousal patterns of domination or those that serve as a process of neurological regulation?

While we always live in times of gender role conflict, deeper changes in what is acceptable increase the ambiguity of appropriate behavior and create a heightened sense of confusion about what it means to be a “man” or a “woman.” This may manifest through overcompensation and must be treated differently than pathological narcissism.

There are many more questions we might well address among our close colleagues, friends and family that may help us stay in front of the wave of cultural change before us so we can be better prepared to meet our clients’ needs.  Change is always unsettling, particularly when it shakes a foundation of our sense of self or of society. As therapists, we are on the frontlines when times “are a-changin’.” We can – and must – lend a hand.  But as therapists we must take great care to support our client’s safety, stability and desire for change. 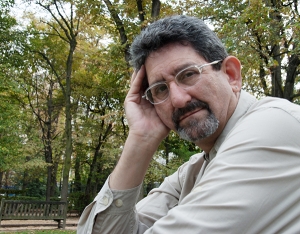 Welcome to my musings.  Here you will find videos, short articles and whimsical postings.